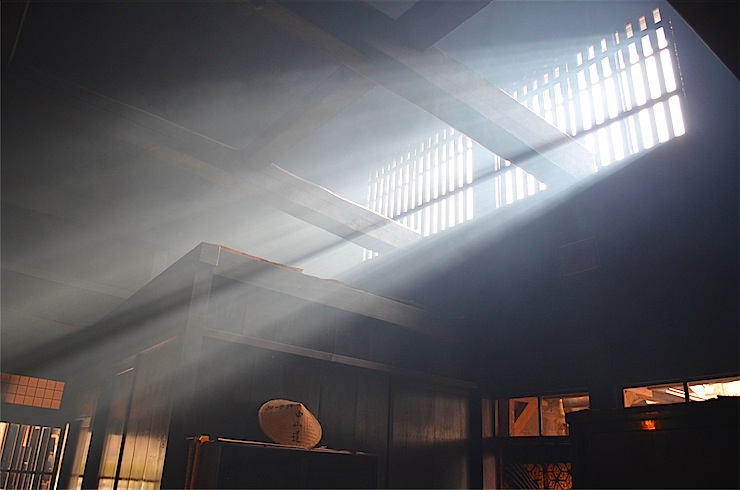 Nagano is famous for its world-class ski fields but this prefecture’s history runs deeper than a few feet of snow. Take a sharp U-turn from the chairlift to find storybook villages like Tsumago in Nakasendo which can transport visitors centuries back in time to Japan’s Edo period.

During that era (1603–1868), various paths existed to connect the capital of Tokyo with other cities of the main island. These ancient highways were travelled by commoners and royalty alike for hundreds of years. Naturally, the number of travellers in need of food and accommodation led to the development of the hospitality industry.

Of the five routes, the Nakasendo spans the 534km between Kyoto and Tokyo, winding its way through the mountainous terrain of Nagano. Over its lifespan, this highway bought much wealth and prosperity to the towns and villages of Nagano. One such place was Tsumago-juku, where the Nakasendo intersected with another path (the Iida Kaido). As this was a major transit area, transportation policies of the time deemed it a Shukuba, or post town/rest stop. The forty-second of sixty-nine such rest stops along the route, in fact. These Shukuba were planned to manage the traffic and offered a place for weary travellers on their months-long journey.

As many types of people passed through these post towns, various types of lodging came to exist. People of high ranks such as samurais and aristocrats stayed in ‘honjin’. The second highest ranks stayed in ‘waki-honjin’ and everyone else in the basic ‘hatago’. Tsumago-juku post town had one honjin, one waki-honjin and thirty-one hatago. This made it one of the biggest and well-known post towns of the Nakasendo trail.

Amazingly, Tsumago-juku still retains the Edo-era aesthetic today. After the introduction of trains and cars, traffic along these well-trodden highways dried up and the towns fell into disrepair. As Japan was modernising, it was more common to tear old things down than to preserve them. Couple that with the post-war economic climate and it’s a miracle it still exists.

The preservation movement to save these streets began in 1968 and continues to this day. Interestingly, Tsumagojuku was the first place to start the preservation movement in Japan. For this reason, we can visit the area today and still feel the lifestyle of the Edo days. The restored honjin and waki-honjin lodgings are nationally important cultural properties. The traditional sunken hearth (irori) still remains and used for warmth during winter.

The Nakasendo trail is a fantastic way to walk in the footsteps of ancient royalty and immerse yourself in Japan’s history. In Tsumago-juku, you can experience the history of the Edo-era and witness the ceaseless efforts of the people of Nagiso-machi. No doubt it will make you realise the importance of preserving the past.

Tokyo’s Plum Blossom Season: Where and why you should go

A Cultural Heritage Park in Tokyo – Rikugien Garden of Waka...

The Nakasendo Trail: 1 day hike from Magome to Tsumago

Tokyo Zoos: A Guide to Tokyo’s Wild Side

All The Matsumoto Highlights In This One Day Itinerary