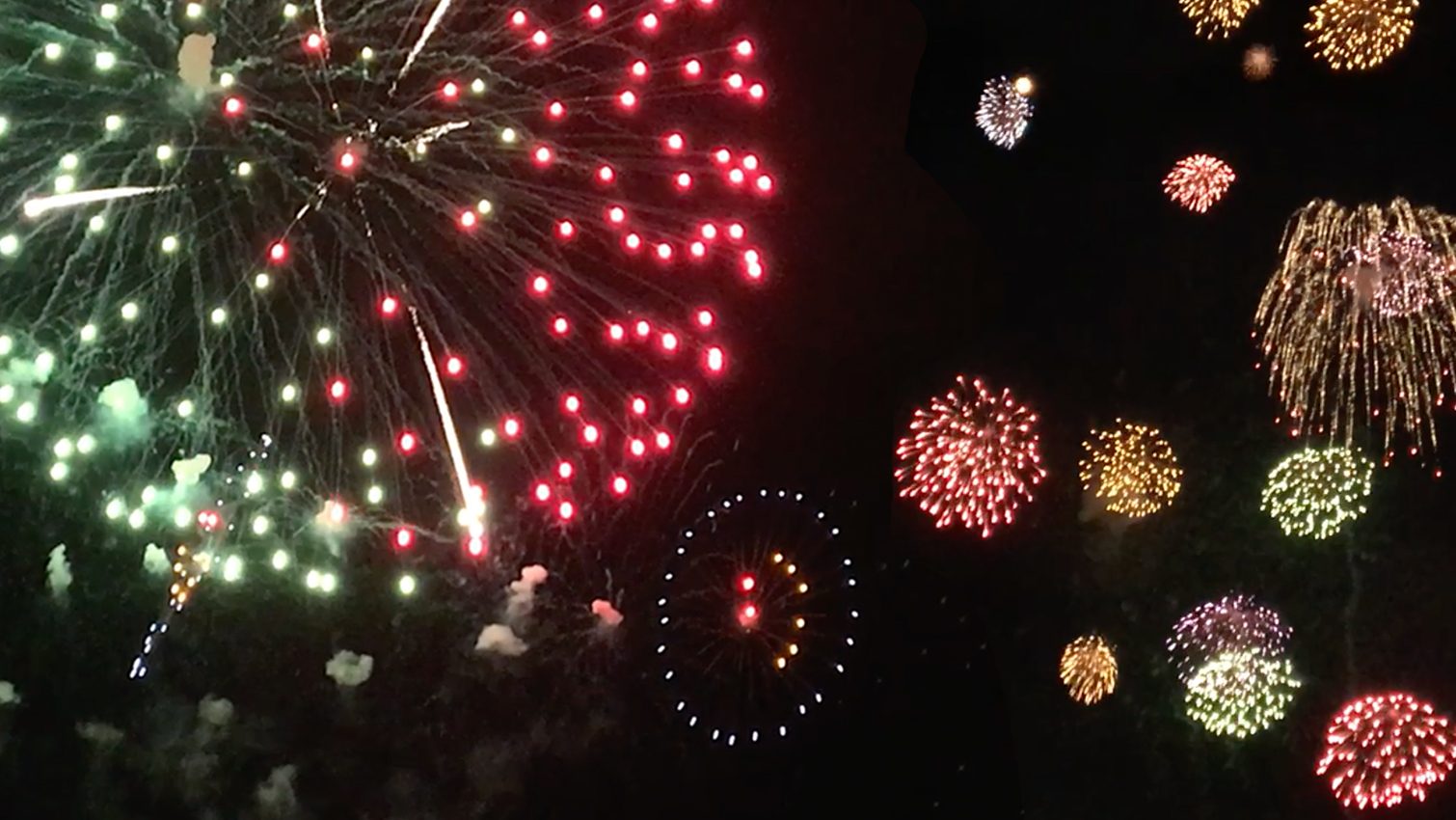 Yes, you read that correctly—one whole hour. To be honest, I didn’t quite believe it could be true; I assumed there would be liberal breaks and a lot of MC banter to fill the gaps. But Futakotamagawa’s Tamagawa Fireworks Festival is no joke. It has been running annually for over 40 years so they are obligated to give the people what they want. Which is fireworks. Beautiful, thematically designed and militantly timed fireworks.

We arrived about 30 minutes before showtime, picnic supplies underarm. Finding the place is easy—from Futakotamagawa Station, simply follow the crowd toward the Tama River. We found programs along the way which listed the name and theme of every firework display set to occur every few minutes. I’d never been promised a display such as this in my life.

Lay down your picnic rug

We found a spot in the crowd to set up our picnic rug and I darted off to find the toilets before the show began. I stood in line for almost 30 minutes, glancing over at the empty rows of urinal-only stalls, until a loud boom overhead yanked me off my internal soapbox. The crowd roared and clapped as everything was momentarily illuminated. People left the queues once the fireworks began and in no time I was ready to head back and see the show, too.

Back at the rug, we settled into our cheese and wine party, colourfully lit by the crackling and booming fireworks. We oohed and ahhed while someone nearby enthusiastically took millions of photos in burst-mode. For a solid hour, we were delighted by all kinds of colours and shapes including smiley faces and love hearts, all perfectly on schedule and in time with the music. Everywhere I looked, people were grinning and laughing. We were bonded in our childlike awe.

To our left, the neighbouring Kawasaki fireworks festival was also running. The two festivals occur at the same time each year—complementary rather than competitive. The finale, as I grew to expect, was grand. It seemed to go on forever, growing brighter and more spirited along with the cheers. Finally, it reached a crescendo and was over. As the cloud of smoke slowly blew away, the crowd woke from their trance and began to pack up.

We decided to wait out the crowd and all agreed it was the best fireworks display we had ever seen. I definitely want to attend next year, despite the crowds and queues. If I follow my own tips below, I’m sure it will prove to be a smoother experience.

Things to Know Before You Go:

Getting to Tamagawa Fireworks Festival:

The closest station to the festival is Futakotamagawa Station. From Shibuya, you can take the Tokyu Denentoshi Line for 11 minutes with no changes. The Tokyu Oimachi Line can also get you there.

The Northern Lights in Tokyo!? Only at Hotel Chinzanso Tokyo

This Romantic Park in Fukuoka is the Perfect Place to Chill...